The transition: Sophie gets a brother, a BIG brother

Murphy a.k.a. Sir Ian Murphy, joined us about six weeks ago in July, 2013; 85 lbs of love is how we describe him: loud bark, loves his chuck it ball, always up for a car ride. He is a dog for all seasons and Sophie hated him from the first hello! It did not help that Murphy ran right up to Sophie initially and then tried to assert his dominance by mounting her. She was not taking that and a small scrap ensued, resulting in a small ear puncture. Sophie became the aggressor after that initial episode. I think she took the "I am getting you before you get me" mentality. She jumped on Murphy at every opportunity.

By the end of the second week,  she had more ear piercings than a rock star and a nasty bite on her neck. She looked like she was part of Michael Vick's former dog fighting squad and she lost every skirmish! I called in a trainer who told me to let them continue to work things out on their own, within reason. I believe the trainer's exact words were, "If you haven't needed the vet yet, it will work itself out." Comforting, NOT!

You see, Sophie had not done well initially with her previous fur sibling. 30 minutes after her arrival, Sophie had the other dog pinned down and crying! Scary! So with the arrival of Murphy and the loud and frequent skirmishes, I think I suffered from Post Traumatic Stress Disorder. No kidding. I just wanted everyone to get along. So the " let them work it out" advice was and remains a tough pill to swallow. Sophie knows I don't want a fight. I have seen her try to start a struggle in my presence with no provocation. I am learning to walk away and remove the screaming audience. We have had two weeks with minimal growling from Sophie and no paw to paw combat. She is beginning to do some play bows to Murphy and run comfortably with him in the backyard vs. jumping on him. The adjustment remains a work in progress....... 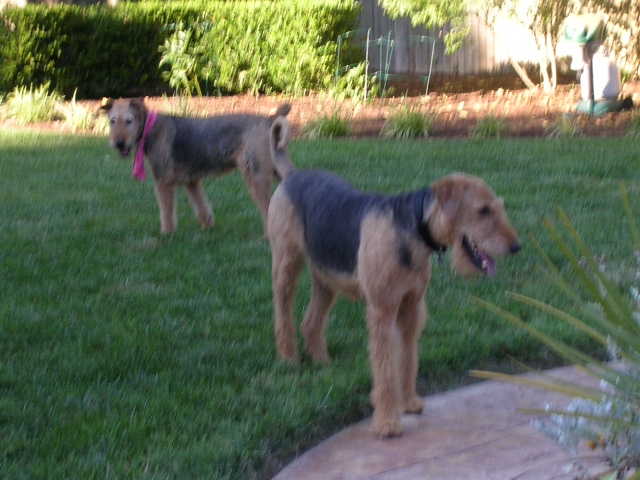 This is day one. 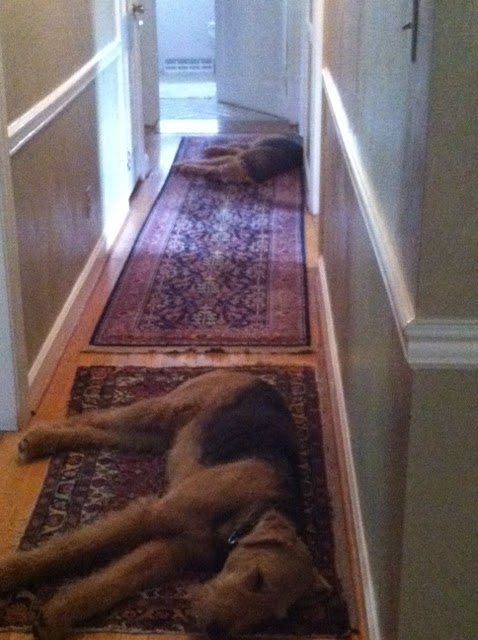 This is how close they would get comfortably after four weeks. 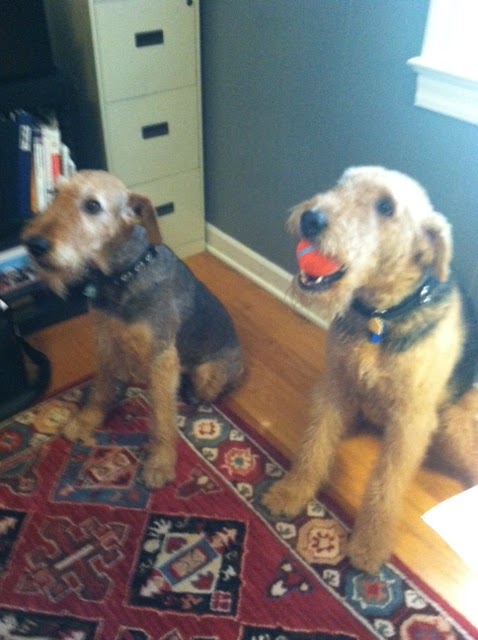 This is August, 2013. Slow and steady progress.