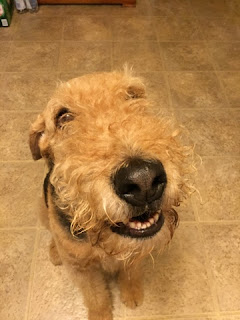 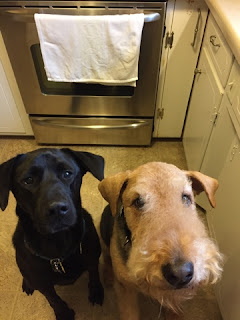 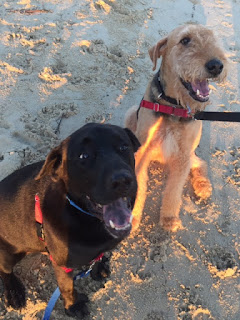 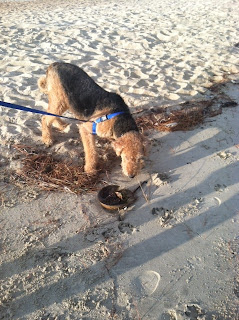 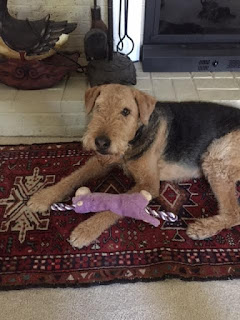 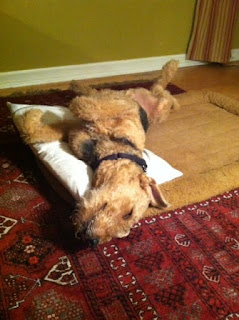 Hi! Thought I might give the ocean a try. I went in paw deep all by myself. Put my nose in the water today too and fished out a rock. I thought it was a horseshoe crab. Mom told me it was a rock, but I had to find out for myself. Jerry went in too. He likes the water. You can see I am not real sure about it yet. Mom and Dad told me I was brave and I should be proud of myself. 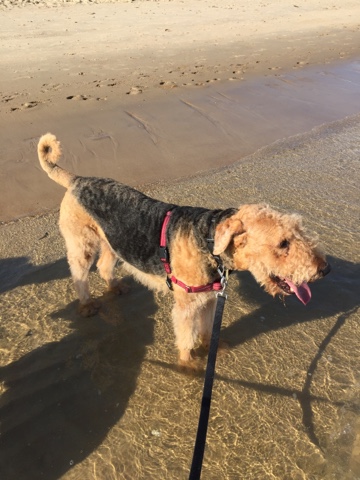 A little light gardening today...pulled up a dead jasmine vine from the garden and disposed of it. Just trying to do my part. 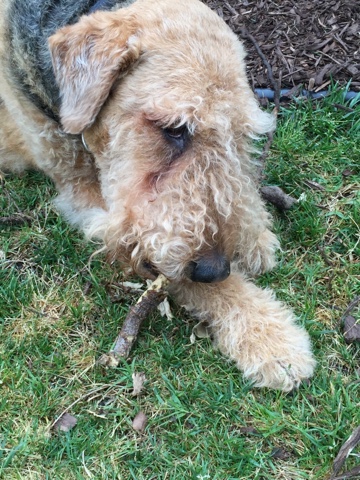 Posted by Unknown at 4:21 PM No comments:

The king is surveying his kingdom. (And keeping an eye on the rabbit that keeps getting away) 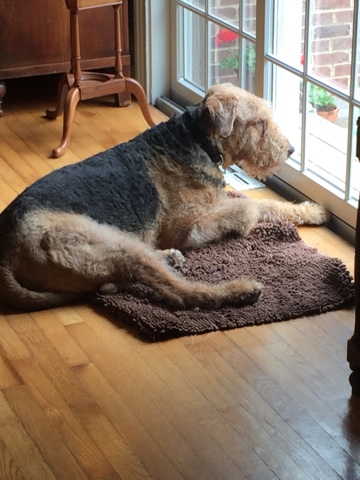 My apologies to Murphy

Posted by Unknown at 8:56 AM No comments: 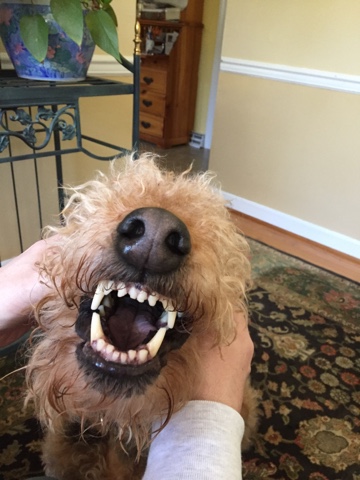 Miss you, Bonnie! Get well soon!! 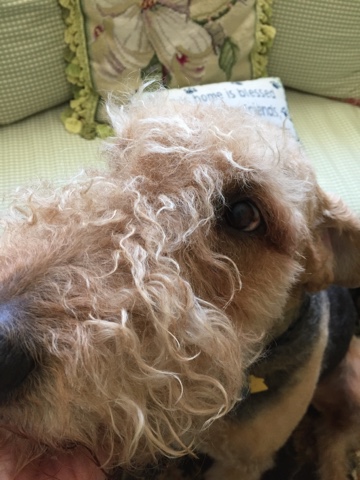 My eyes itch. Mom washes them out with saline twice per day. I have prescription eye drops to keep my eyes from swelling and antihistamine eye drops to keep the itching down. Mom and I sneeze a lot in the spring. Hard to enjoy the wind in my face during car rides when I keep sneezing....looking forward to summer. 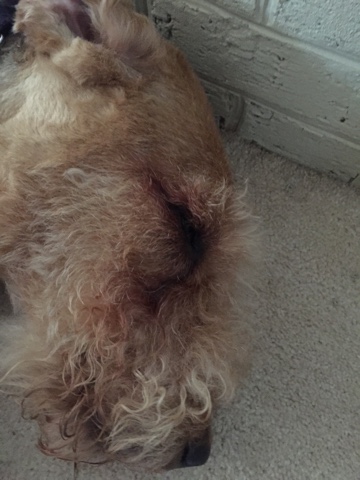 Posted by Unknown at 8:52 AM No comments: